When we were first started organizing the event, we knew it was going to be a big job. However, as the pieces started coming together, we found out that many of the organizers were actually young people, and soon our organization hit the social media fan - emailing, texting, Skyping, using Facebook, etc.,. Though some of us had never met each other, we were suddenly working in tandem. Without the support of friends and family of the organizers on each stop on our tour, this whole trip would have been a giant mess, especially considering the number of people we were dealing with.

Up to the last moment we were constantly managing airline tickets, accommodations, and general logistics issues. Suddenly I found myself on the plane with my family headed to Europe. Once there, everything was out of my control. I watched as these amazing disciples bent over backwards to not just put us up for however many days, but to do it with incredible thoughtfulness and care. For example, no matter where we were, there was always food in the rooms, people to transport us, umbrellas available, and tour guides to lead us. I remember hearing how Xavier and Solene’s families, among others, came a week before the Dharma assembly to clean the entire place. 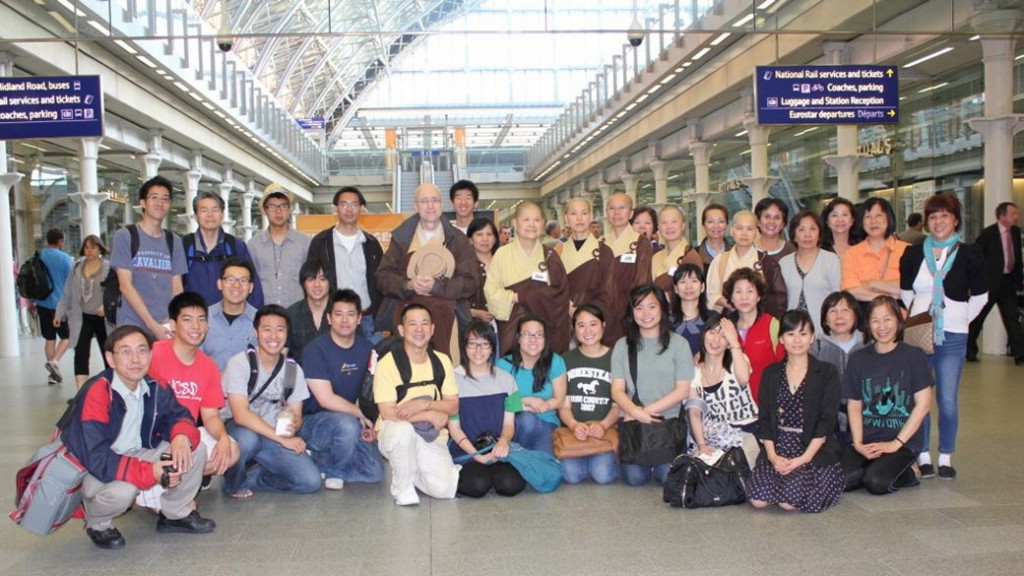 What I enjoyed most about the European delegation was probably the Dharma assembly. I loved sightseeing and traveling, but during that one week there was this strong sense of purpose that has stayed with me. It felt like we were running a restaurant with all the cooking, set-up, and cleaning three times a day, but to do it with so many amazing people really made every moment so memorable. I remember Angelique and other young French people coming everyday to the temple, even though they probably hate cleaning. It was also so wonderful to see all the different nationalities and ethnicities come together. Most people could not understand each other and yes, sign language was indeed the main mode of communication, but the beauty of it all is that it was those barriers that made this experience so powerful. 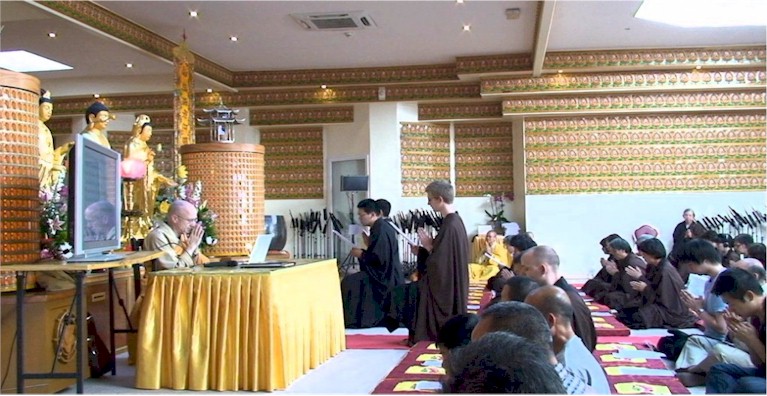 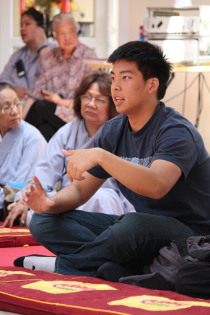 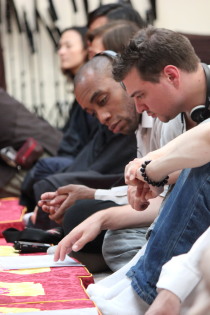 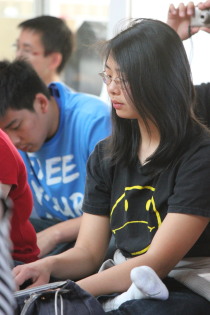 I have so many snapshots that I really cannot just pick one. But I will share one that made me shed tears. During the last few days in France, when part of the delegation had gone to Poland, we began having dinner at Solene’s house every evening. These dinners were not like ordinary dinners, however, but rather a powerful time for me. I loved watching the elderly women, the aunties and uncles, and the young people laughing and enjoying each other's company. It made me think that blood really doesn't define who your family is. I was grateful to the people who took care of us on this journey. 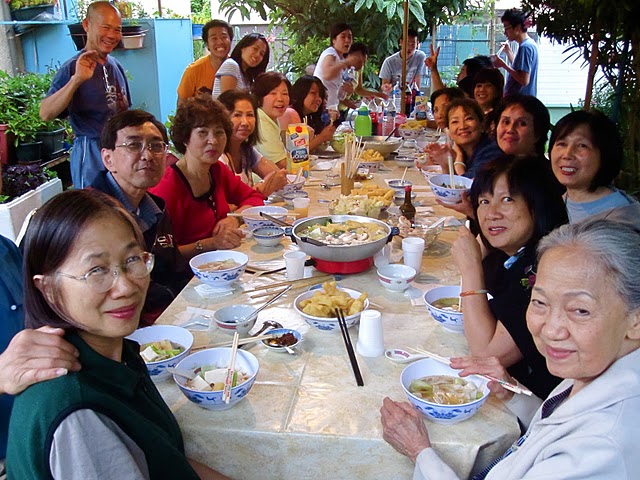 Now that the delegation is over, it feels weird to be back in the real world. I think for the young people especially, our hearts still lie within the "delegation bubble." Felix told me how if there was a time machine, he would take it back to June 23rd, the first day of the delegation. When my family left Virginia, Tammy and Felix joked around and started wheeling empty suitcases outside, telling their parents goodbye and that they'll see them when they come back from Europe. While trying to design the delegation t-shirt after the trip, often we sat around and started sharing stories about the trip. People are still sharing photos and stories online.

I think the biggest lesson we all learned was not that we are exceptional dishwashers, but rather how lucky we are, and the meaning of generosity and gratitude. So much of the trip was funded by the European disciples themselves - the transportation, housing, sightseeing, food, etc.  Moreover, the USA aunties and uncles were always there taking care of us young people, paying for us wherever we went, cooking for us, and just being there for us. However, the biggest giving there was came in the form of time and energy - people taking off time from work to spend time with us, attend the dharma assembly, work in the kitchen or clean the bathrooms. How can a person see all that and not be humbled by it? We are all eternally grateful for everything everyone has done - the organizers, the volunteers, the Dharma Masters, the assembly. 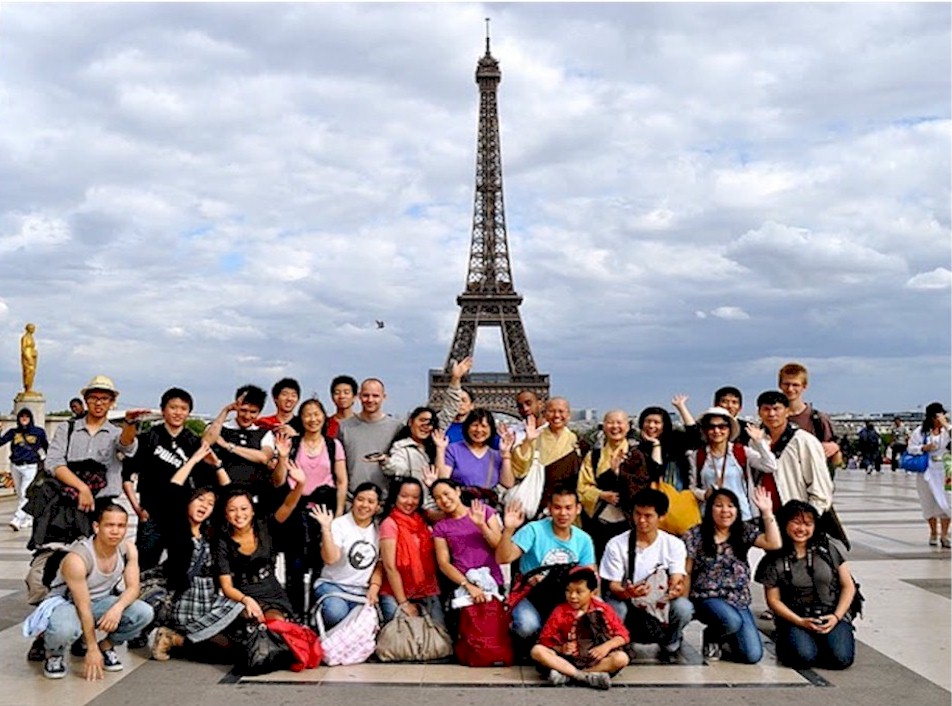